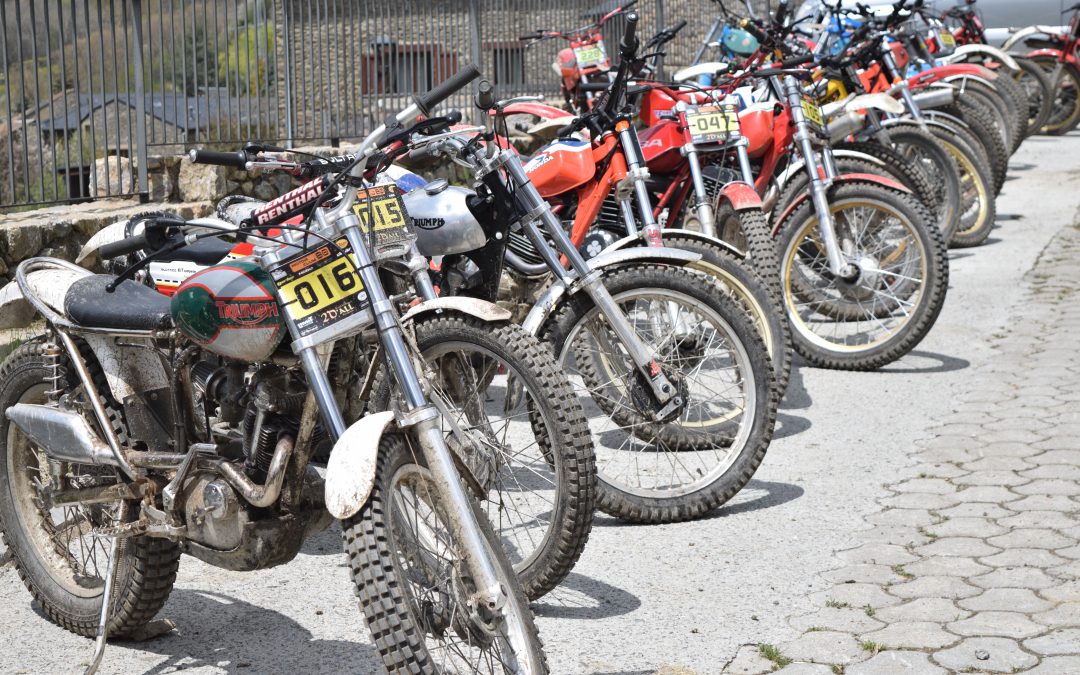 Once again the world classic trialer met in La Cerdanya to play a new edition of the 2D’All that is already the seventh and that has meant a new record of participants with up to 260 pilots mainly from Catalonia, but also with much foreign participation, highlighting a group of drivers from the island of Jersey and even a Japanese pilot!

To the already-frequent participation of prestigious pilots with Xavier Miquel, Jaume Subirà, Lluís Gallach and Mick Grant, MotorClub 80 gave us the surprise of the participation of the champion, Yrjo Vesterinen, who is always a pleasure to see in the areas.

On Friday, the weather announced a weekend spent on water, especially Saturday, but it is already known that rain does not stop the trialer world, and all the participants were prepared to run with de rain. During the afternoon of Friday the inscriptions of the majority of pilots were already being processed that already move to All the previous day. Delay Tents and Classic Bergada installed and latest touches on motorcycles to keep them ready for the next day.

And on Saturday he took off without rain but with a few clouds that made him doubt if the rain would respect us. In view of the large increase in participation the organizers were agile bending the first four zones in order to distribute the categories and avoid the feared queues. A good system was demonstrated, although it was inevitable that the tails were produced mainly in zones 5 and 6 in the same Meranges, although they became bearable. In any case, the success of the 2018 edition makes it anticipate that by 2019 the number of participants may increase even more, and then surely it will not be enough to double the first four zones but they will have to be all.

And as usual and is what most are expected when they come to the All trial, water was the protagonist. But not the fall of the sky but from the ground within the zones. The first two zones (which were four) already showed us torrents where a lot of water dropped and, despite being simple as the first zones should always be, allowed pilots to take their tone.

Areas 3 and 4 already after a long and strong mountain climb up that tests the classic air-cooled motorcycles. From here on a long route to Meranges where we were waiting for areas 5 and 6 already known in recent years.

From here, the route became more complicated, with a very selective area but very dangerous area 7, a very complicated area 8 and a long distance took us to the following zones 9 and 10 that were very close together and also with water, zone 11 the already well-known scree with the modified path and longer than in previous years and then a long and very trialer loop up to Lazona 12 (also a habitual one of the last years) and return to Meranges to account for a good lunch deserved.

Good solution the one adopted by the restaurant to expand the space to fit the great increase of pilots of this edition. Curiously, we had lunch, calmer, broader and faster than in previous editions with half of the participants.

And now with the stomach more or less full, the return to All, passing as if not for an area that is already mythical of All, zone 13 or that of the waterfall, where not only pilots but also the best photographers to get the best images of the competition. And for now the rain does not appear!!!

We keep lowering everything that had risen until reaching the area around All with the last zones, again with enough water to the torrents and already a hair more complicated than in the morning, finally to reach the zone 18, just in the village All and in indoor format but almost all with natural elements such as stones and logs. And rain did not appear only in a minimalist manner with some scattered drops that only caught the last participants.

The organization forced to keep motorcycles in the park closed during the night, partly covered and partly discovered, which all pilots did without knowing that many would find the snowmobile the next morning.

And so it was that it took off on Sunday with the surprise of the fallen snowfall during the night that left a few centimeters, especially at the highest part of the route. In fact this led to the closure of zones 7 through 11 that were the highest and the 12 that demanded a very long loop and that it was already planned to eliminate the day of Sunday and added a couple of new towards the end of the route.

During the rise after zone 4 we were finding unemployed competitors taking photographs in that totally snowy route. Things that only happen at 2 All!

But if someone thought that the reduction of kilometers and zones would entail a more relaxed trial session than on Saturday it was completely wrong.

Because for the first participants to face the areas the snow did not particularly hurt them, but as they passed, that was transformed into mud that complicated very some of the areas, especially those that were not water. Even so, the rain also respected the day. Again, the first four areas bent but modified all of them, and those that had not changed with respect to the day before changed the mud, complicating a little more, until reaching the final indoor tired, with a lot of mud, but happy to have experienced another edition of the All trial.

With regard to the classifications, in the yellow category, there was a 65 consecutive victory for the French driver, Jean Michel Danoy, with 10 points, followed by just one point by José Carlos Jiménez and third, also the French and habitual by All Patrick Garcia.

In yellow pre-victory of the Catalan Victor Martín with 3 points that could defeat in his favor Saturday’s tie to 2 points with whom he was second classified with 5 feet, also Catalan Xavier Miravet, and followed by MikeAntequera with 14 points.

Twinshock yellow, with a fastest result with a victory by Jaume Puig with 7 points followed by José Ramón Martínez with 8 and Dani Merino with 9, tied to points with the fourth placed but reaching the third place on the podium for a greater number of zeros. The fifth and sixth ranked made 10 and 11 points respectively, which shows how adjusted everything was in the most concurred category of the trial.

And finally the category of blue level, the most difficult won with a lot of solvency for Joan Rovira with 17 feet, remaining second Salvador Vilella at 21 points and tied with the third placed, the Frenchman Ludovic Chagnes. In this category, the participation of former team player Lluís Gallach who scored 5 points with Joan Rovira on Saturday, made us predict a very competitive Sunday. Unfortunately Lluís’s professional duties on the Sherco team prevented him from running on Sunday, leaving the free path to victory for Rovira.

Obtaining really fast results, taking into account the difficulty that leads the riders without a score card, and the delivery of trophies to Celler d’All, with the presence of the majority of the winners and many participants and audiences, with recognitions to several pilots .

And, definitively, one more edition of the All trial on the sack, now in van 7, and as always no one is ever disappointed, so congratulations to the organizers. The pilots hope to find All a relatively simple trial, to enjoy the motorcycle and the mountain, many water areas and a long and spectacular route with regard to the views, and all they had. And it’s a good snowfall in mid-May that we can no longer say that it has never been seen in the trial of All, much less. Almost it is beginning to be a tradition!!!

The best thing to say about a trial is that the pilots have found what they were hoping to find, which is the best that can be said of a trial, and that explains the great increase of participants every year. The worst thing? there is still one year left until the 2019 edition! 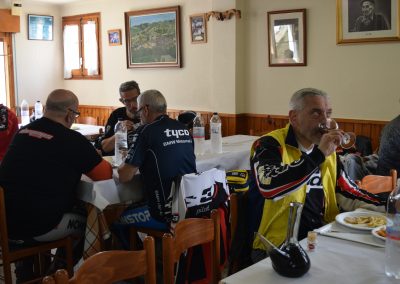 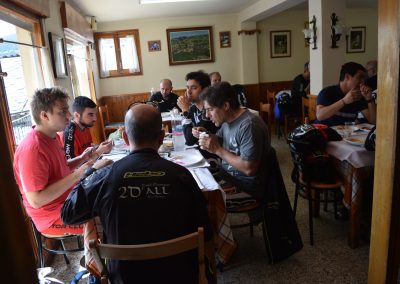 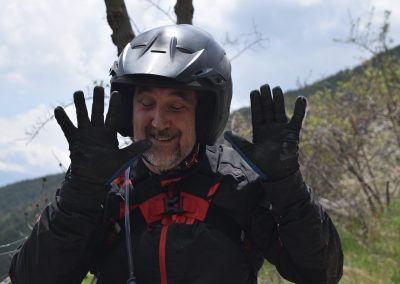 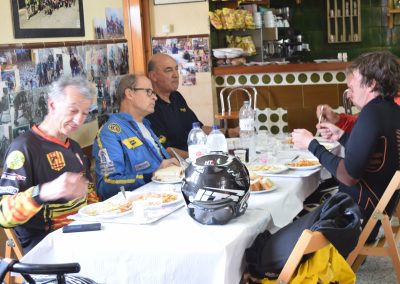 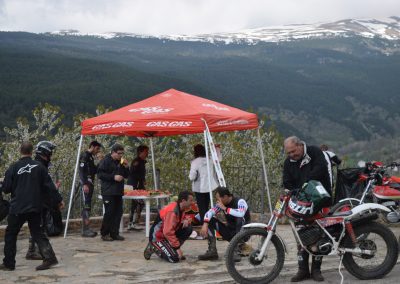 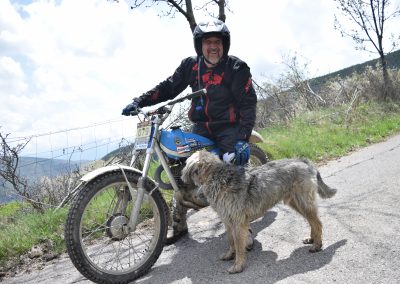 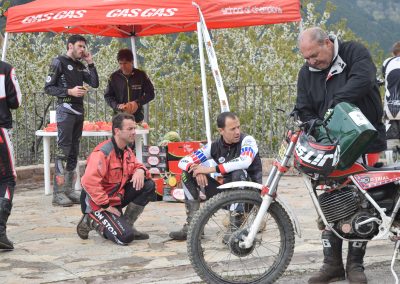 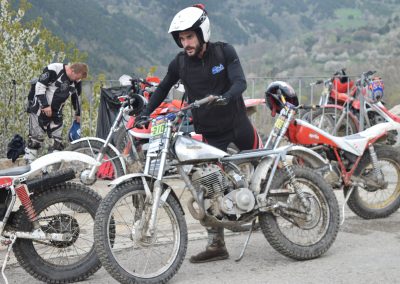 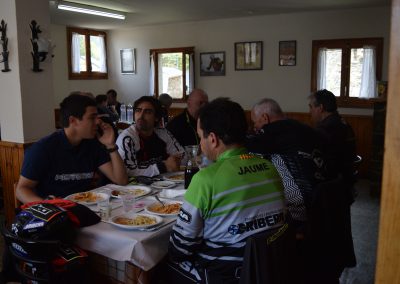 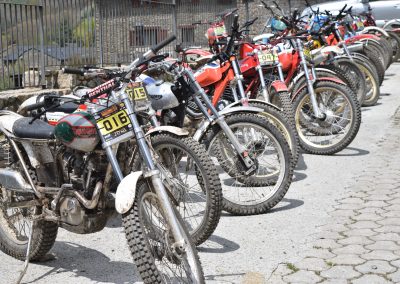 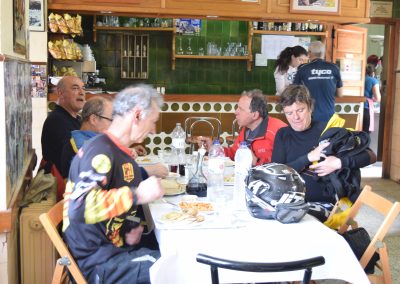 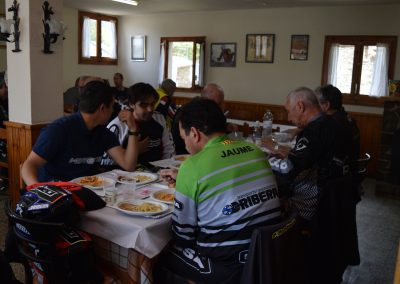